JTA — The question of how Russian-Jewish billionaire Roman Abramovich obtained Portuguese citizenship and a European passport has loomed large over the past month, particularly after the arrest in early March of a rabbi responsible for certifying applications of citizenship.

Today, a slew of documents associated with Abramovich’s application for Portuguese citizenship have leaked online, with possible ramifications for tens of thousands of people who are waiting to hear whether their own applications will be approved.

The documents include testimony from rabbis and others about Abramovich’s Sephardic credentials, required under a 2013 naturalization law for descendants of Sephardic Jews that Portugal enacted to atone for their persecution during the Inquisition. Spain enacted a similar law, but its limited window has largely closed.

It is unclear how the documents, which include what appears to be an unredacted photocopy of Abramovich’s Israeli passport, ended up online. It’s also unclear whether the documents reflect the total associated with Abramovich’s citizenship application.

But what is clear is that Abramovich’s candidacy has demonstrated that he has Sephardic roots despite his Ashkenazi-sounding last name – and the leaked documents are unlikely to convince skeptics that these claims have been scrutinized. in depth.

Prominent rabbis have sent letters on behalf of the businessman, who has donated millions to Jewish causes around the world. But the documents leaked online do not include a family tree or other genealogical research submitted by many other citizenship applicants, including some whose applications have been rejected.

Abramovich’s Portuguese passport has, so far, led to a government investigation, the detention of a chief rabbi and an amendment to Portuguese citizenship law. But that’s not the only damage he caused @nesialtaras Noticehttps://t.co/EY9BUKnfWZ

One of the rabbis whose letter is attached to the case confirmed the authenticity of his statement to a Portuguese journalist working with the Jewish Telegraphic Agency. JTA was unable to immediately confirm the authenticity of all documents in the filing.

Abramovich’s naturalization has come to symbolize an alleged abuse of the law that has allowed tens of thousands of people to become citizens of Portugal, a member of the European Union.

Portugal has announced it will significantly tighten the law amid news that Abramovich, whose citizenship was granted in April 2021, faces international sanctions against oligarchs in connection with the invasion of Ukraine by Russia.

Abramovich has earned billions in Russia’s oil industry, but has denied ever being part of Russian President Vladimir Putin’s inner circle.

Portugal’s justice ministry had launched a criminal investigation related to her claim for suspected fraud in late 2021, and earlier this month arrested the rabbi who certified her. The rabbi, Daniel Litvak, has been banned from leaving the country while an investigation continues.

Litvak is the chief rabbi of Porto, one of two communities along with Lisbon to which the government has entrusted the task of reviewing all applications. The community said they charge 250 euros, or about $270, per app processed.

Before the Citizenship Law, the Porto community said they didn’t have enough money to repair the moldy roof of their only synagogue. Today, the same community has a new mikveh, a ritual bath and a Holocaust museum. It employs a full-time rabbi and security guards and has produced a feature film about its own story.

After Litvak’s arrest, the community of Porto announced that they would no longer certify claims because they “are no longer interested in cooperating with the state.” The community has denied any wrongdoing while ignoring calls to release documents relevant to the request.

The leaked file appears to have been put together as a defense, although it is not clear who produced it. It contains photos of the Porto Jewish community and favorable press reports about Abramovich as well as an unsigned document stating that his application “was produced correctly in light of the Jewish world and Portuguese law.”

But unless the Porto community or others have additional documents, the filing does little to improve the prospect of the law remaining in its current form.

Unlike many other claims — including those that were denied — the leaked dossier contains no family trees, genetic tests, or other solid, verifiable evidence that Abramovich can trace his roots to the Iberian Peninsula.

Instead, one of the central documents in the case is a 108-word statement by Alexander Boroda, the president of the Federation of Jewish Communities of Russia, that country’s main Chabad-Lubavitch organization and by far the largest. Jewish organization in this country.

Boroda “can certify that Roman Abramovich is a descendant of Sephardic Jews; preserved sentimental link with Portugal; [is a] member of the Sephardic community; is of Portuguese ancestry; is a Sephardic Portuguese Jew,” the statement read.

Under the subtitle “justification”, Boroda only wrote: “This certification is based on my knowledge of the testimonies of Roman Abramovich and on a personal interview that I conducted. I confirm that Roman Abramovich preserves Sephardic rituals, the mode lifestyle, traditions and food customs.

Boroda confirmed the authenticity of his statement to Ana Filipa Nunes, a Portuguese journalist who interviewed him about it for the SIC television channel while reporting on the case in conjunction with JTA. 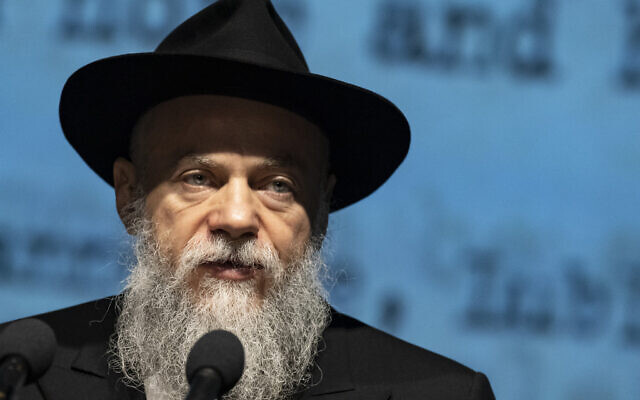 The Sephardic Educational Center, a Jerusalem-based organization dedicated to promoting Sephardic culture, submitted a much longer position paper whose main argument is that Abramovich is Sephardic because his surname means “son of Abraham”. Many Sephardi Jews also bore this name, albeit in Hebrew, Ben Avraham, the newspaper explains.

Another statement came from Rabbi Yonah Leib Lebel, a follower of the Breslov Hasidic movement. Lebel states that Abramovich had ancestors who belonged to the Sephardic Jewish community in Hamburg. Abramovich’s paternal grandfather’s surname was Leibovich, which means son of Leib, a Yiddish version of Leon. Leon is a common name on the Iberian Peninsula, the statement said.

Lebel’s letter also indicates that anonymous descendants of Abramovich lived in the Polish city of Poznan, where a Chabad founder named Portugaler once lived. “Since then, the family has been connected to it,” Lebel wrote, referring to Chabad.

The file, which contains several news articles supporting the idea that Abramovich has an attachment to Sephardic Judaism, also includes a photocopy of Abramovich’s Israeli passport valid until 2023. Abramovich obtained Israeli citizenship in 2018 in under the right of return of the country for Jews who want to live there. 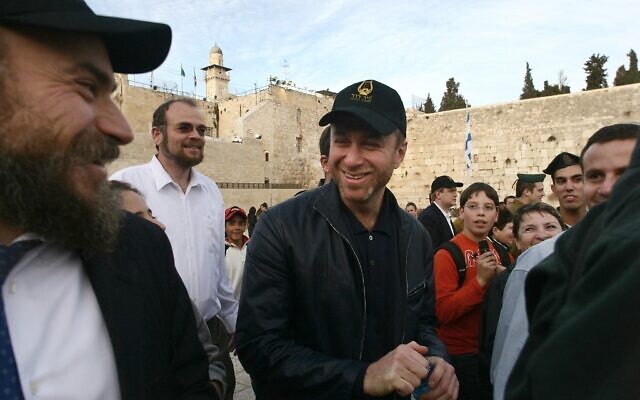 In the unsigned cover letter to the dossier, its authors say that seeing Abramovich’s candidacy snowball into a scandal was traumatic for the Jews of Porto.

“This news triggered a wave of immense attacks against the Jewish community and was felt as a new expulsion,” they wrote, without however specifying what they meant by “attacks”. This led the Jewish community in Portugal and Porto “to fear not only a ‘Dreyfus Affair'”, they write, referring to an infamous 1896 anti-Semitic show trial in France, “but also a terrorist attack by extreme right, because it [the community] ‘was selling the country.’ It happened in Halle, Germany! the authors wrote, referring to a deadly neo-Nazi assault on a synagogue there in 2019.

The Porto Jewish community did not immediately respond to a question from JTA about the origins of the dossier and whether it had any comment on its contents. No physical attacks against Jews have been reported in the city in recent weeks.