long branch – As you drive south on Laird Street entering Pier Village, you will be greeted by a colorful life-size sculpture of a leaping dolphin. This dolphin, donated by Robert and Sheila Benrimon, traveled 5,668 miles from Netanya, Israel to Long Branch. The Benrimons, who now live in the city, have just opened the Baldy Art Gallery in the new section of Pier Village with their son Jonathan and daughter Stephanie Rich. Taking off his hat to reveal a shiny head, Robert laughs, “That’s why the art gallery is called Baldy.” In case anyone is wondering.

Robert Benrimon is a self-proclaimed philanthropist who owns more than a dozen successful businesses. “I was having dinner in New York with Miriam Feirberg, mayor of Netanya, who was asking me for a donation. I told him I had a better idea,” Benrimon said.

His idea was to create an art program for underprivileged children in Netanya. In the program, they would study dolphins, the oceans, and the cleanliness of the environment. “So I donated sculptures of miniature dolphins that students aged 8 to 15 would decorate and then display along the waterfront in Netanya,” Benrimon said.

Robert’s wife, Sheila, who by her own account is the boss of the operation, agrees with her husband. “We have been very blessed in our lives. We have so much to offer the disadvantaged,” she said. “And Robert is very good at talking and telling people about our plans,” she added.

Robert grew up in Israel in a town by the sea and has always been captivated by the sea. In fact, he said he was a “Sea Scout” growing up and is now an avid diver and fascinated by the sea. the Dolphins. “It’s a very unique mammal,” he said. “They never eat alone unless they are in captivity and they always travel in pairs. We have so much to learn from them.

Once the miniature sculptures were completed, they created a life-size fiberglass one which was decorated by the

students and shipped to Long Branch. “The difference between Netanya and Long Branch is that they have nine summer months and we have three here,” Benrimon said.

During the ribbon cutting on Tuesday, Benrimon admitted he was heartbroken. “Today was supposed to be a happy day, but the tragic murder of these 19 students and two staff in Texas breaks my heart,” he said. He stopped for a minute and said he had another idea. “I would like to donate 19 dolphins to the students of Long Branch for those who were killed in Texas. I would also like to donate two more for the teachers who were murdered. Hopefully the Mayor and Superintendent of Schools will accept this donation , will decorate the dolphins and place them along the waterfront here in Long Branch in memory of those who have passed away.

The donation he is talking about is a three year program/project worth $50,000. Students first get a miniature sculpture, come up with a design, and then go on to study mammals, oceans, clean environments, and helping the underprivileged.

Benrimon said his philanthropic efforts have no limits with regard to religious faith, ethnicity or location. 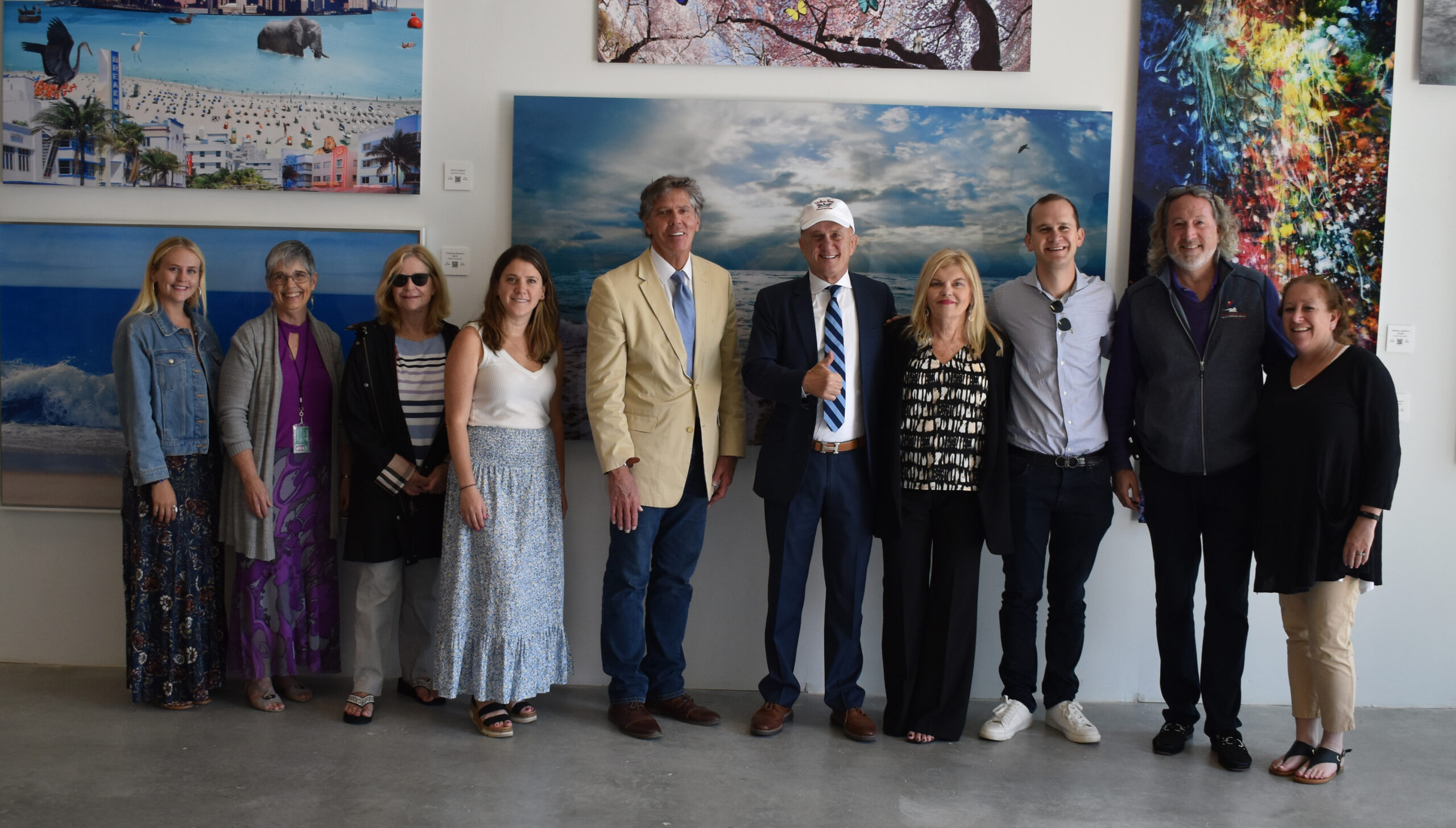