The Stormcast Eternals are meant to fight, die and rise again in battle against Chaos – it is Sigmar’s will. This also becomes your role in Warhammer Quest: Lost Relics, a new board game from Warhammer Age of Sigmar, Games Workshop.

Players take on the literal role of Stormcast Eternals, moving the miniature warriors around a board, but they also embrace their cyclical fates. It’s a really big way of saying that Lost Relics is non-stop combat, and the gameplay quickly gets repetitive.

Announced in February 2022 and arriving in September, Warhammer Quest: Lost Relics is a dungeon-crawling miniatures game set in the mortal realm of Age of Sigmar. One to four players become Stormcast Eternals who must fight their way out of a Magister’s maze.

Individual games (or Adventures, if playing as part of an ongoing campaign) should take less than an hour. The fast runtime is partly due to the game’s fast rules – those scenarios and 12 playables make up a measly 32 pages. This is a Warhammer board game that is definitely aiming for accessibility.

The game components also seem geared towards tabletop beginners. While the big names in dungeon-crawling board games require an entire evening just to get set up (cough Gloomhaven cough), Lost Relics keeps things as simple as possible.

There are five figures to assemble for games. They’re dynamically laid, but they’re close together quite easily without needing a new toolkit. Granted, they’re unpainted – and part of the appeal of Warhammer is adding color to your fighters – but there’s no reason why the uninitiated can’t get their party together. and start playing. Four double-sided dungeon boards, your five miniatures, 54 cards, 64 tokens, and 12 D6 dice are all you need to play. 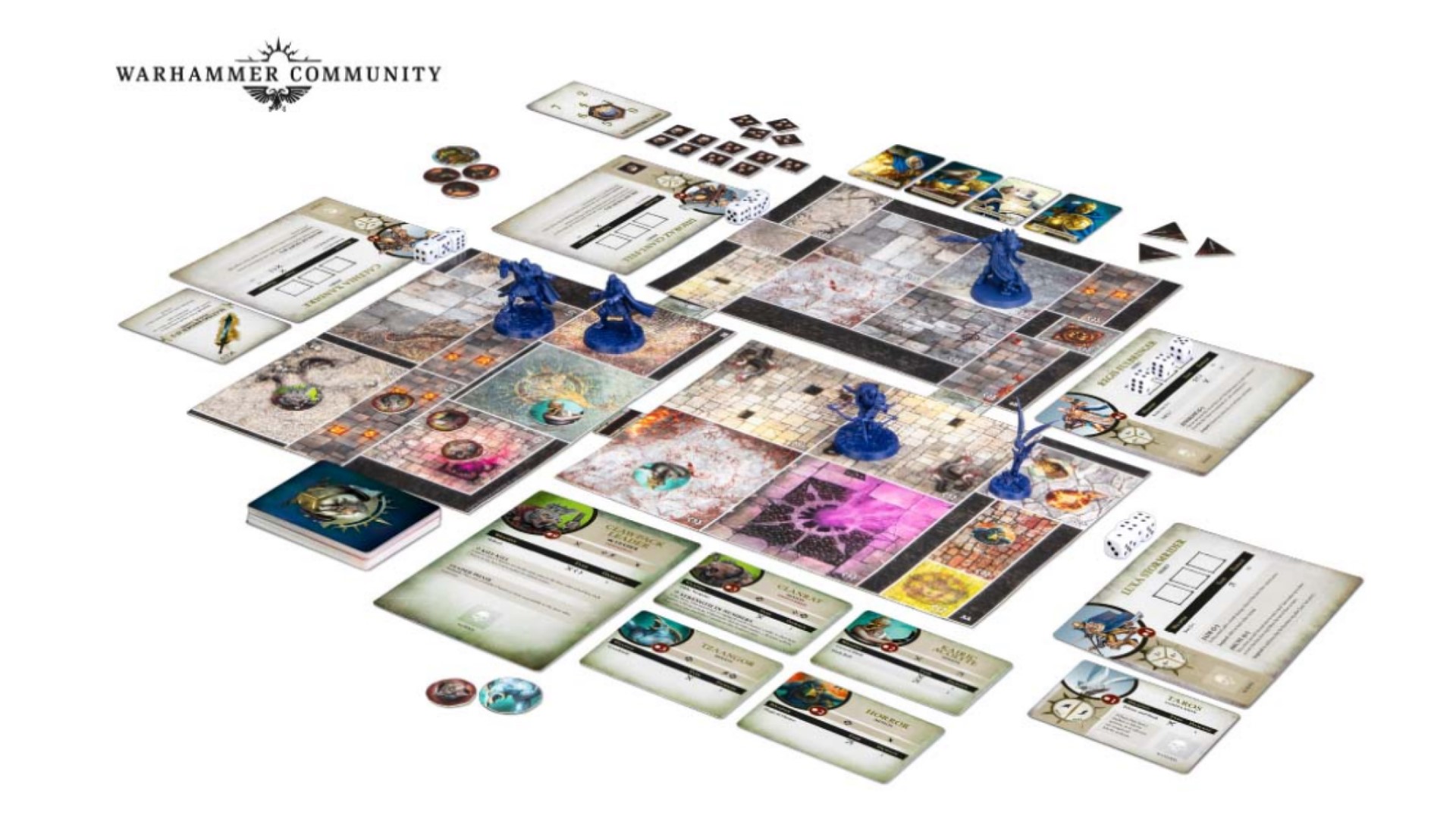 Each scenario sets up the game board, enemies, and objects for an encounter in different ways. It will also have a unique objective that you must complete to achieve victory (spoilers – you are usually asked to kill a specific enemy leader, often within a specific number of rounds). If you lose your entire party in battle or fail certain criteria, you’ll have to start all over again.

Each round of the game is divided into specific phases. An Adventure Phase starts the turn by causing events that progress the encounter, then everyone rolls three dice and the order of initiative is decided at random. 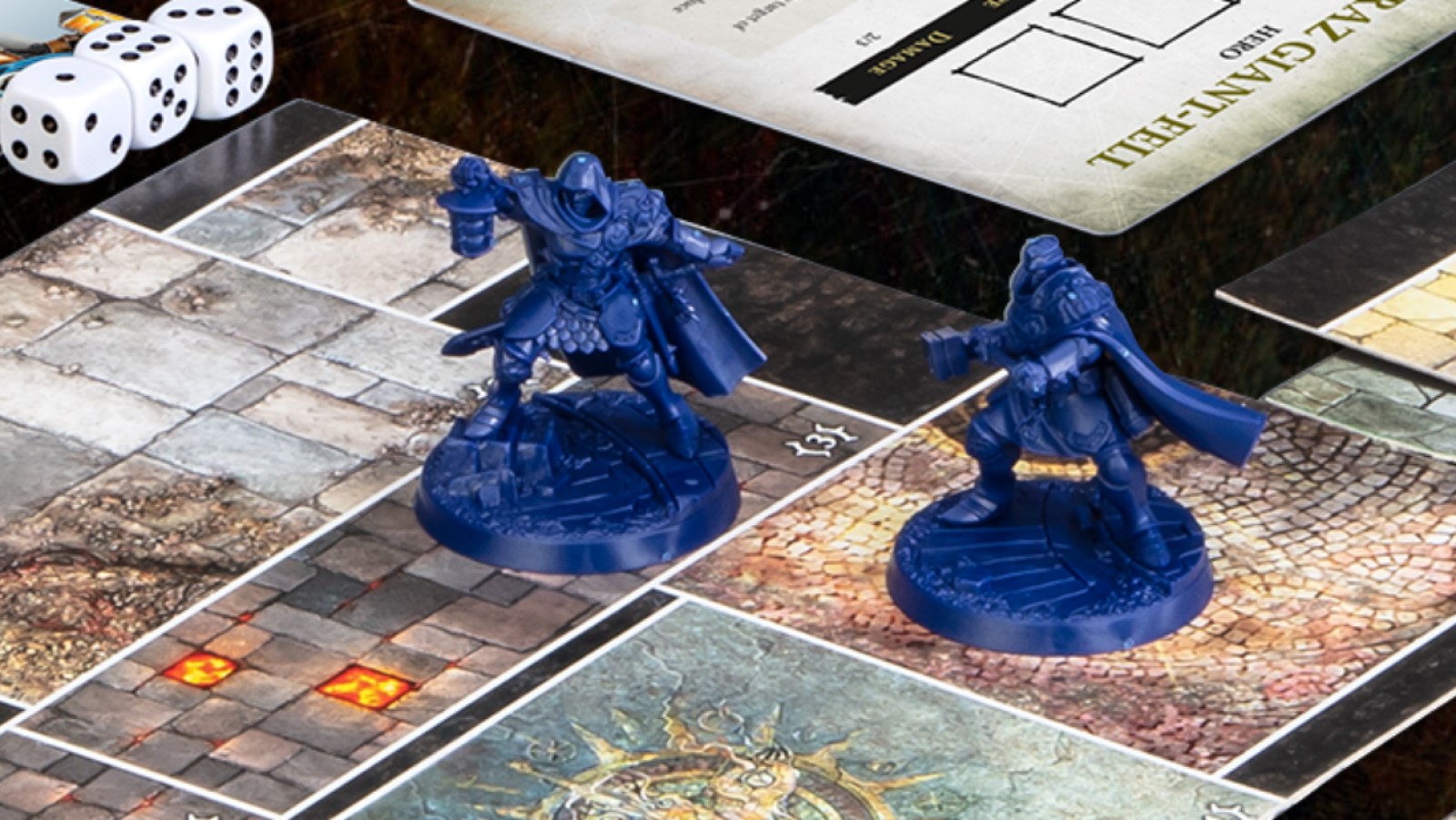 Players (or characters, if you’re playing solo and controlling them all) then take turns using (or choosing not to use) their action dice. Unlike previous Warhammer Quest games, there is no rollover for combat here – hits are guaranteed. After each action, the enemy has a chance to react (which usually means dashing in and cheekily slapping you).

Action dice have some interesting additional mechanics. First of all, any number on a die can be used to perform your basic actions and unique character actions, but some numbers can be used for a inspired stock. This will give you much better results – heroes can hit harder, go further, and become even more useful.

The second interesting dice mechanic is the chain of action. If someone is unlucky enough to roll a 1, he or another player can use a die with a result of two to immediately perform a second action – and skip the enemy’s reaction phase. A player with a three on their die can then do the same, and so on until someone uses a six. This last player then feels the brunt of the enemy’s reaction instead of the one who started the chain.

Once all the dice are used, all leading enemies on the board get a phase where they fire a few extra bad rounds. There is then a round where you box (but only in some cases) heal the wounds, and it all starts again. 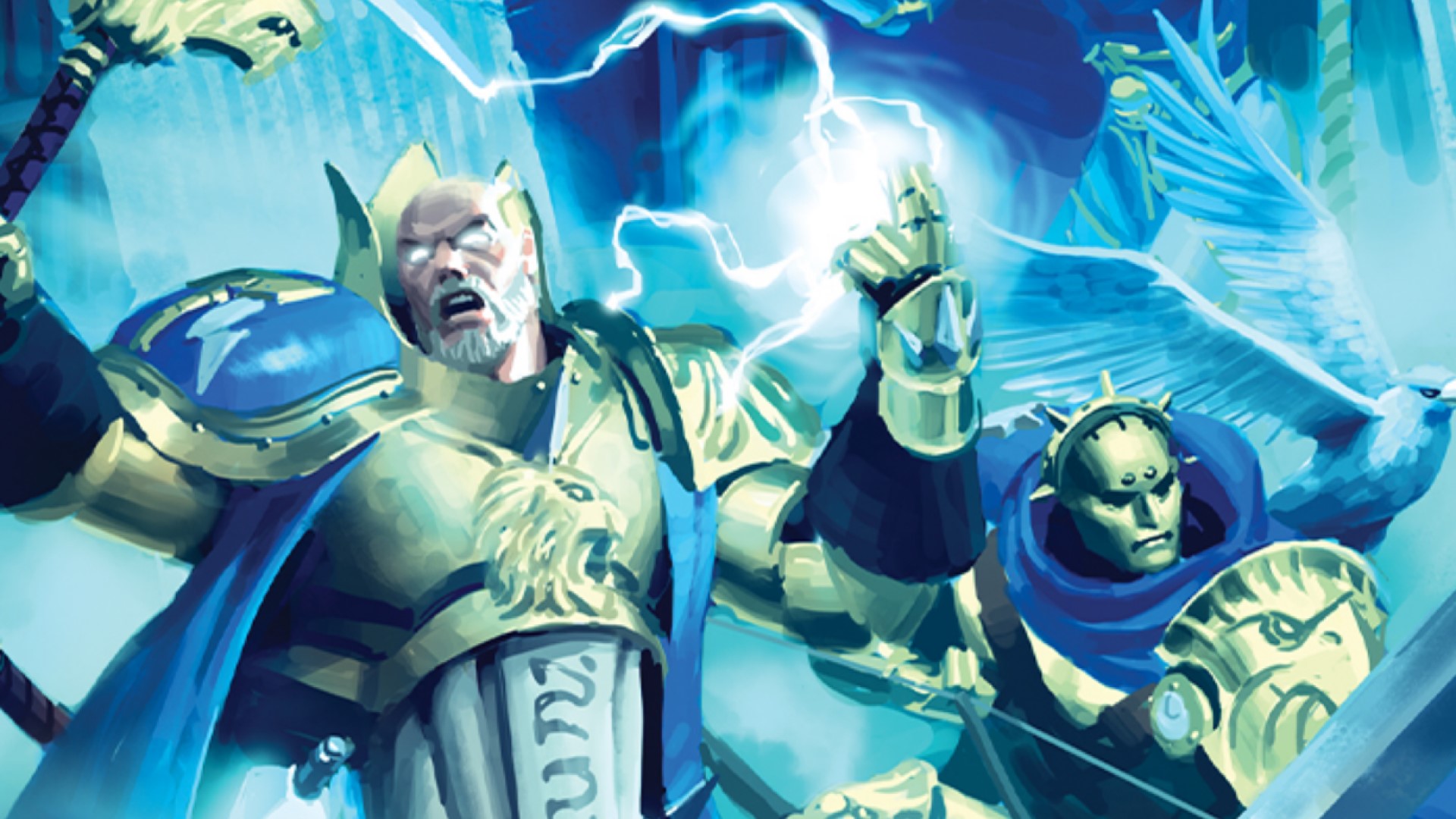 Like its game boards, the simplicity of Lost Relics is two-sided. The rules are written with impressive clarity, and the speed of installation and learning time are very appealing. There is a catch, however, and you might have seen it coming – the game’s simple design makes Lost Relics crushing boring.

There are several teeth in the fork of boredom here. First, the theme and flavor of the game is very fine. Lost Relics promises an overarching story that connects each adventure and encourages you to play through a campaign. What is that really means that there are two to four generic sentences at the start of each scenario, and they give vague and unrelated summaries of what will happen to the characters. 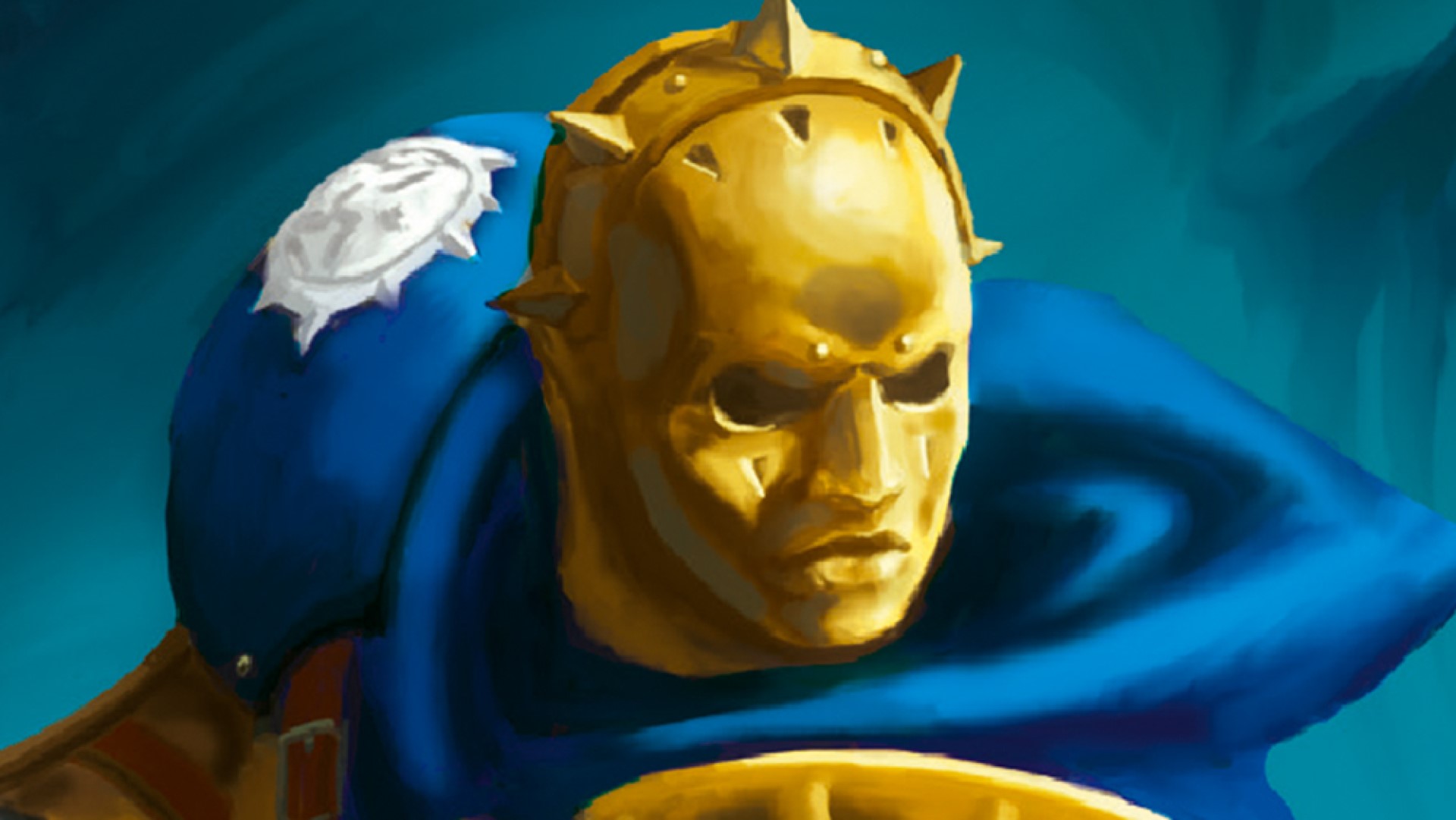 Speaking of the characters, you’ll have no idea who they are beyond their names. If you’re not a Warhammer fan and don’t know what a Stormcast Eternal is, good luck finding out. It’s by no means groundbreaking to miss these details, but for a game that seems determined to introduce new fans to Warhammer, it seems like an odd decision not to provide any knowledge.

Lost Relics encounters also lack balance and variety. Almost all scenario objectives are identical, and there are very few unique or interesting elements about the various enemies in the game. The special abilities and reactions of almost all enemies are variations of “move, then attack” or “add another available enemy piece on the board”. There’s not a single personality in sight, so you’ll soon stop noticing whether it’s a Grot or a Squig at the end of your sword.

Deleting the hit rolls present in previous Warhammer Quest games seems to have been a mistake. You are guaranteed to hit your opponent, and you can kill any standard enemy in two actions. In the early scenarios, even bosses can be killed in three or four hits, making it entirely possible to complete a scenario before the end of the first round. This creates a complete lack of tension in combat. 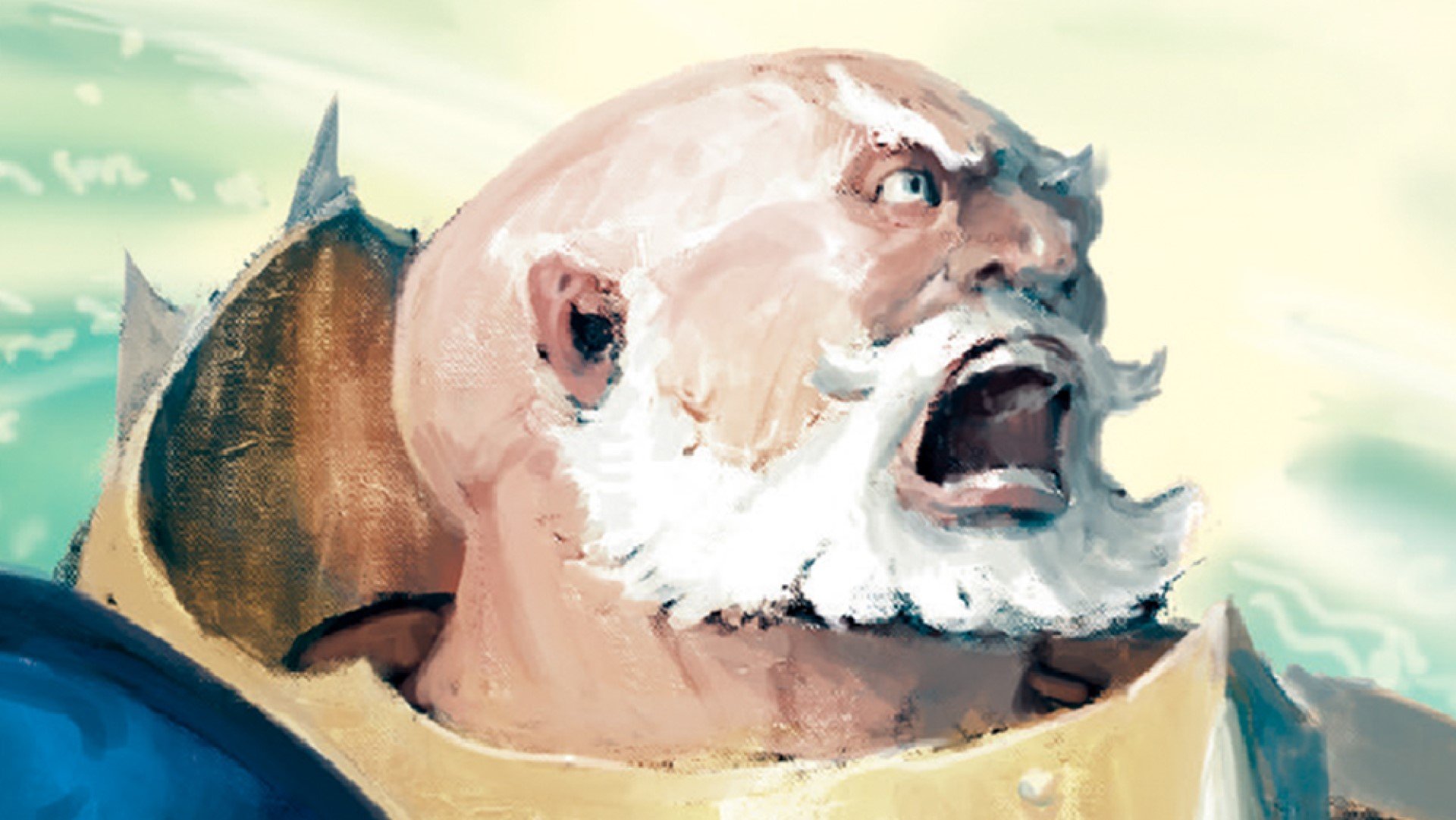 There are also treasures to pick up in each dungeon, but they block and absorb hits from Deathrattle Skeletons just to grab a new item, start feeling ineffective when you can win, and move on almost immediately.

You’ll appreciate these items when you reach the second half of the campaign, as the selection available offers many useful perks, and the number of baddies coming your way only increases. But Lost Relics often manages to make exploring a dungeon too laborious.

Even when the game tries to spice things up with a new mechanic, its design doesn’t encourage you to play with it. Moving, hitting, repeating remains the most effective way to play the game, with anything more creative actively dragging out the process.

A Warhammer Quest: Lost Relics campaign left me reassessing exactly who the game is for. The game seems to be aimed at attracting newbies – to both Warhammer and board games – with simple, easy-to-pick-up gameplay. However, in aiming for simplicity, it forgets to be several other things – namely interesting and exciting.

An accessible ruleset for new players is never a bad thing, but Lost Relics sacrifices tension and intrigue in its (Warhammer) quest for simplicity.